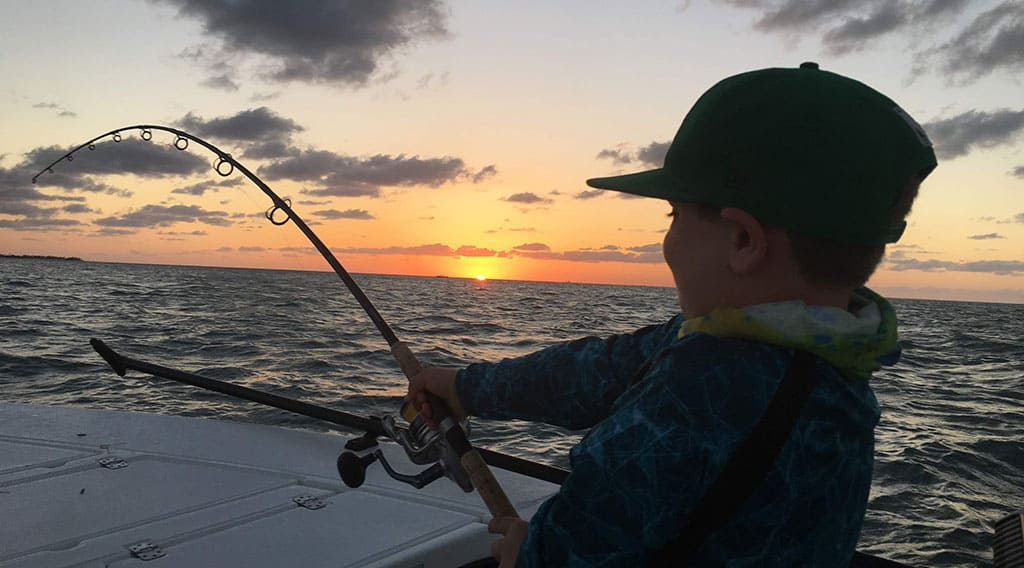 For the last few weeks on my Islamorada fishing charters, I’ve been fishing off and on for tarpon. Success rates have been all over the board. I had a “three large fish in a half-day outing” with one couple and a painful “no fish for three trips” with a father and son family stinker. Late February to mid-March can be that way. The tarpon fishing in Islamorada can be very good one day and then non-existent the next. The reason for the inconsistency is a function of water temperature. Water temperature is a function of air temperature, and air temperatures in late February to mid march can be cool. Seventy-five degrees seems to be the magic water temperature reading. Above it your good, below it and all bets are off.
This leads to the famous question that I get asked over and over again. “When is the best time to come to the Keys to fish for tarpon?” This question has been a hot topic for the Spring Break families that have been the lion’s share of my anglers the last few weeks. They have heard rumors of tarpon being around and for good reason entertain the idea of catching one. Everyone seems to have been briefed that it’s “still a little early” for tarpon, but that still doesn’t stop them from dreaming about catching one on this trip. When the reality of the fisheries inconsistency is experienced, that’s when they pop “the question”.