Sometimes truth really is more novel than fiction. In the story of Islamorada fishing guide Captain Ted Wilson, the truth is about resolve and dedication, as would be applied to his professional guiding career. You see, before Captain Ted would accept one penny from an angler for a fishing trip, he pledged to fish every single day for two years. And, as painful as it could be at times, especially with his captain’s license in hand, Wilson held to his convictions.

Over 25 years later, Captain Ted is recognized as one of the finest backcountry fishing guides in the Keys. Captain Ted was quickly drawn back to his Florida roots and finished his college career at the University of Florida, majoring in zoology in 1993. Two days after graduation, Captain Ted moved to Islamorada, fully intending to become a full-time professional backcountry guide. It was then he made his pledge. He took a job at H.T. Chittum & Co., selling clothing and fine fishing tackle. Hal Chittum, an extraordinary guide himself, was one of a handful of people who helped Captain Ted launch his fishing career.
"I learned so much about the backcountry from Hal, I could never thank him enough,” said Captain Ted. “Another man who I learned from was Dick Pope, Jr., who held several world records and pioneered many fishing tournaments in the Keys. He’s a fantastic fly fisherman! Being from Florida , I have been catching redfish, snook and trout for as long as I can remember. As a youngster I would fish from the pier, in the Indian River as my mother always felt that was a safe haven. She also told me to do in life whatever would make me happy and believe me, I’m happy now! Thanks Mom!"

Fishing out of Bud n’Marys Marina, Captain Ted enjoys the incredible variety of people he gets to bring onboard and introduce to the wonders of fishing the Florida Keys. No one enjoys exploring the Islamorada fishing grounds with him more than his wife Shirley, who he married in 2005, and his daughter Ali Beth (born July 2007.) In addition to fishing, Captain Ted is an avid hunter. If he is not on the water in the Florida Keys, chances are you can find him several hours north in Moore Haven, Florida, running his airboat across the marsh of Lake Okeechobee hunting ducks, gators and frogs.

To many of the island kids, Captain Ted is known more as Coach Ted. One of his greatest passions is taking off his captain's hat and putting on his coaching hat to coach his daughter's soccer teams. And when he finally makes it home, he stays busy with the family's 4 dogs, 3 cats and thousands of bees! Yep! Be sure to ask Captain Ted about his beekeeping and a taste of his "MatecumBEES Honey" harvested right in the heart of Islamorada. 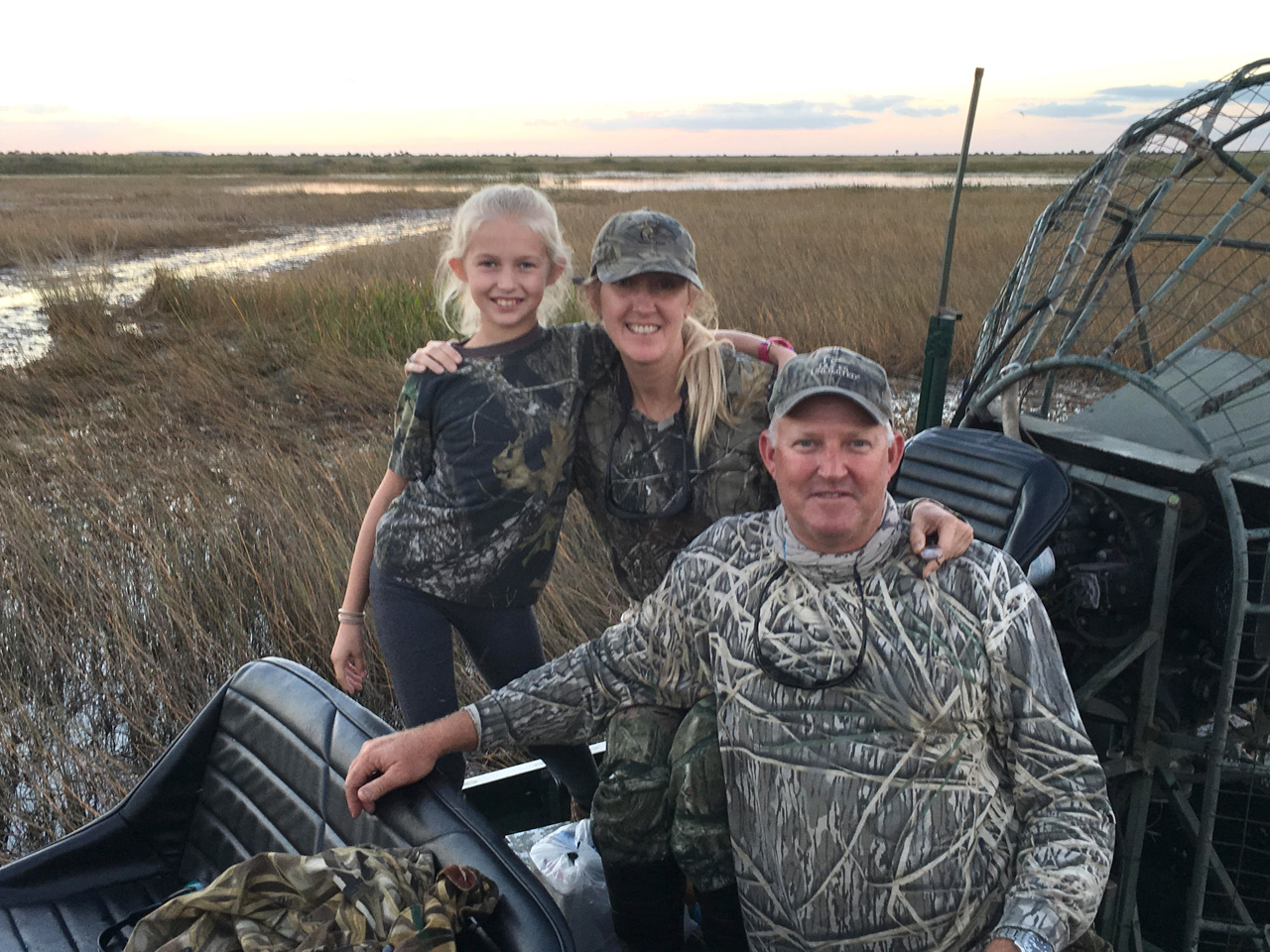 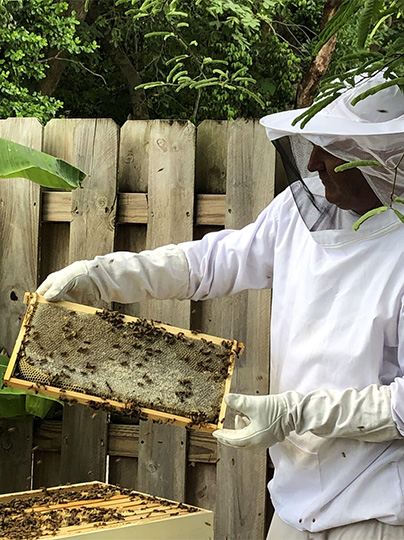 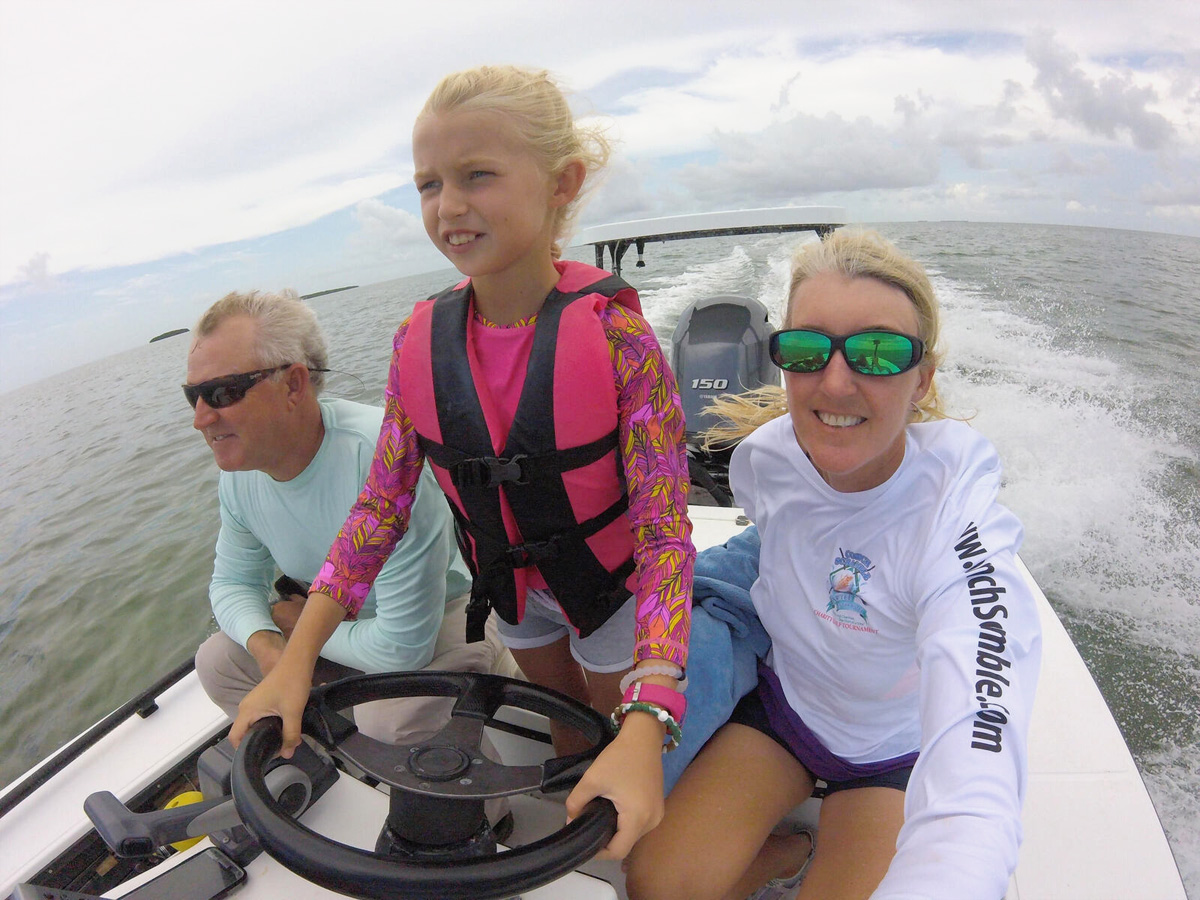 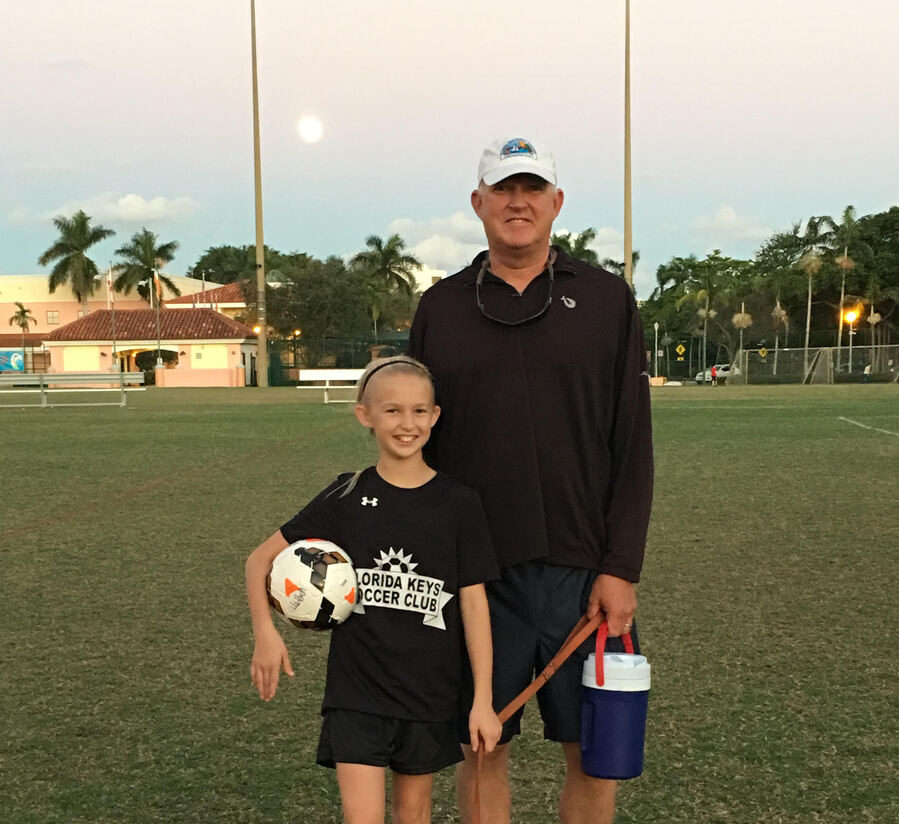 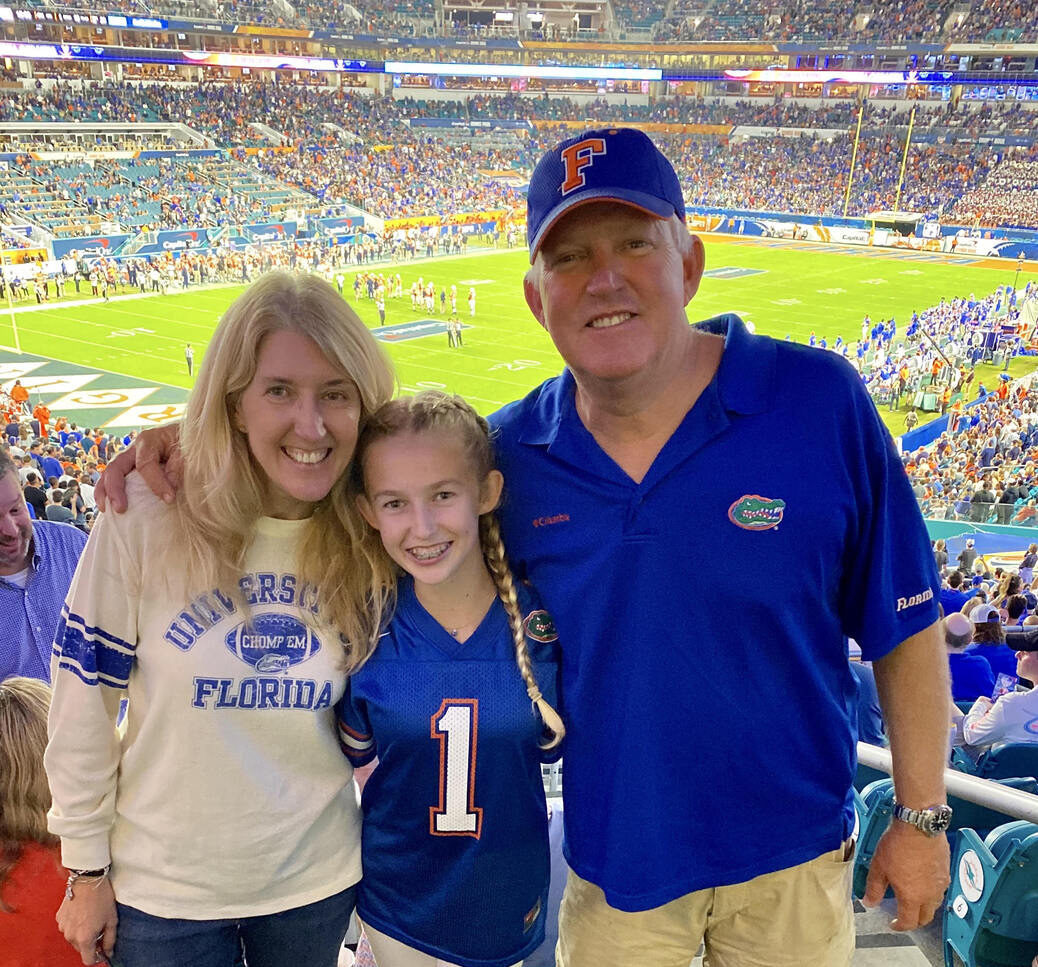 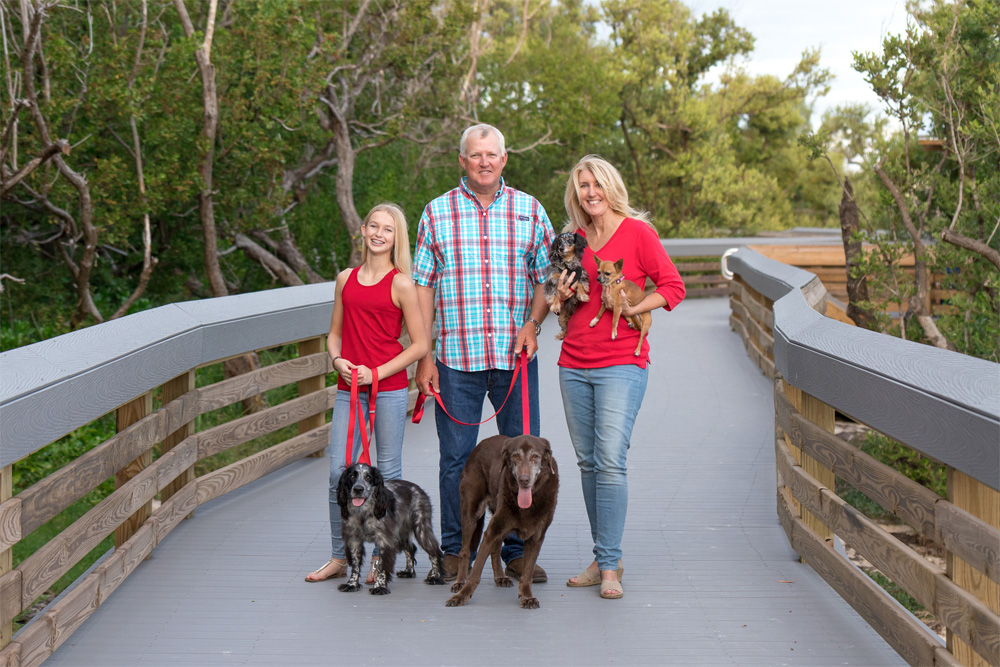 Captain Ted has competed in numerous Islamorada fishing tournaments including Cheeca Redbone Fishing Tournament, The George Bush Invitational Bonefish Tournament, World Bonefish Invitationals, Gold Cup Tarpon Fly Tournament, Golden Fly Tarpon Tournaments and many more. He was most recently named Grand Champion and won the Most Bonefish Award at the Florida Keys Fishing Guides Association 30th Annual Swamp Guides Ball. One tournament his wife Shirley simply won’t let him miss is the Casting for Cats Ladies Backcountry Fishing Tournament where in 2019 he guided her to Grand Champion in the Bait Division and in prior CFC Tournaments they won four Largest Bonefish Awards in a row. Captain Ted has been featured in ESPN Outdoors winning the Great Outdoor Games for fly-fishing, ESPN2’s Subaru American Outback as well as in Florida Sportsman, Power Motor Yacht Magazine, Fodors.com, Keys Weekly and more. In his local Islamorada community, Captain Ted serves as the Vice Commodore for the Florida Keys Fishing Guides Association and is also serves on the Village of Islamorada’s Nearshore Water Committee.