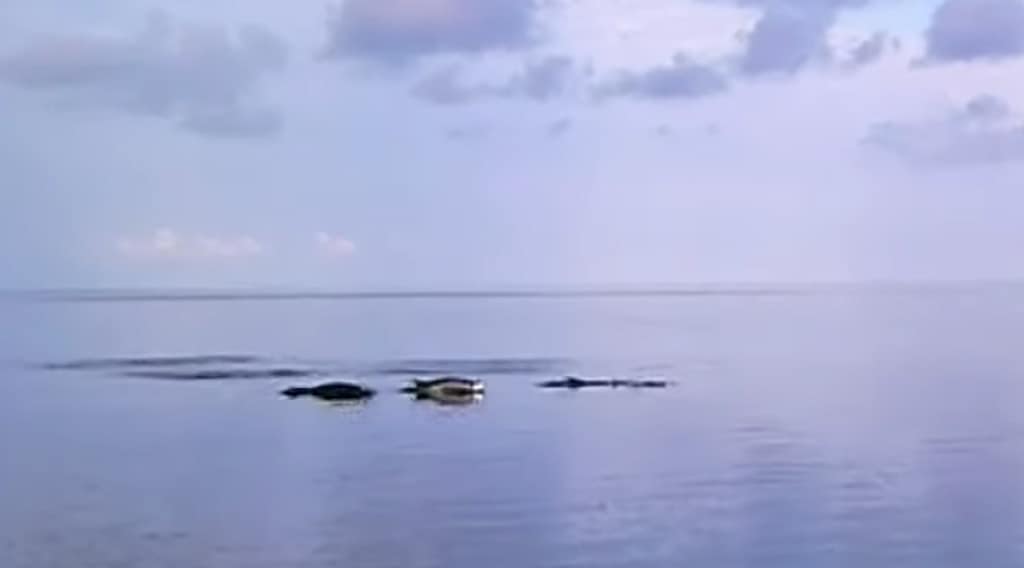 When on an Islamorada backcountry fishing charter the excitement elevates as soon as you begin spotting rolling tarpon. Have you ever wondered why tarpon roll? Tarpon have a special air bladder, similar to lungs of air-breathing animals. They roll in order to gulp air and then swallow and expel the used air through their air bladder. Their sponge-like air bladder transfers oxygen from the gulps of air they swallow, and release the carbon dioxide. With each release of air they simultaneously take in a fresh gulp of air.  The rolling effect creates excellent opportunities for sight-fishing anglers to spot the majestic silvery fish. Even when tarpon aren’t actively rolling, they can still be spotted by their air bubbles on the surface of the calm backcountry waters.  Their ability to breath air give tarpon an advantage over other large fish by allowing them to feed in shallow, low oxygen backcountry waters.