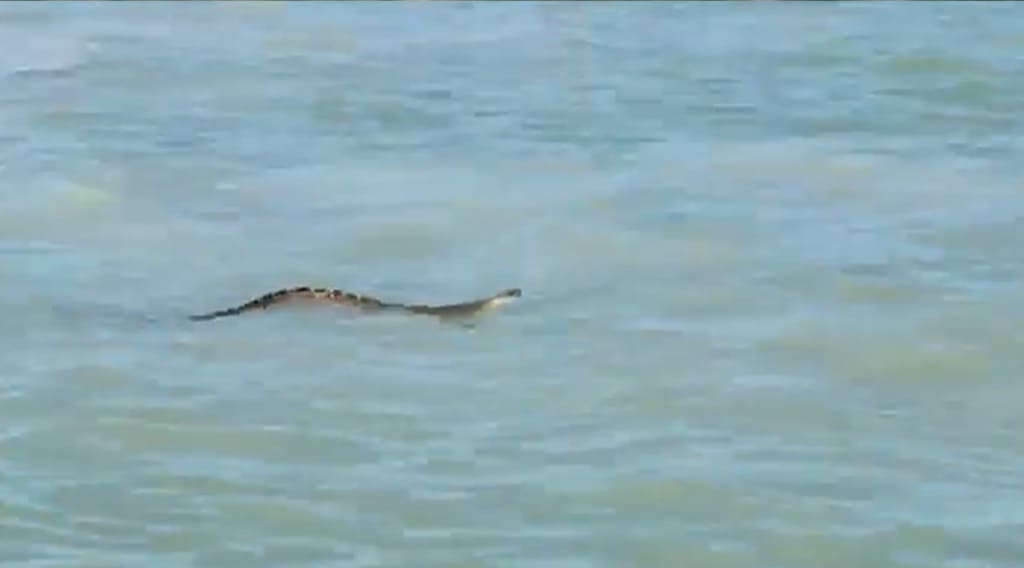 While out on an Islamorada backcountry fishing charter, we ran across an approximately five-foot Eastern Diamondback Rattlesnake swimming in the Florida Keys. I suppose he was doing a little island hopping out in the middle of Florida Bay. He was quite glad to see us and appeared to want to slither on board my skiff. Not something we were interested in, we kept on going but not before taking some video that we of course shared on Facebook. I never dreamed there would be this much interest in a snake video!

Apparently everyone really enjoyed it and the snake video spread like crazy, appearing on TV stations and websites all across the country.  You can see one of the many stories out there on Fox 13 Tampa Bay.  I have to say the best part for me has been the crazy amount of  hilarious “animated gifs” people posted in response to the video. Seriously funny!

If you haven’t seen it the video or responses, you can take a minute and watch it here.  Let me know what you would do if you came across a swimming rattlesnake?